In 1987, the National Science Foundation (NSF) decided to encourage initiatives to reform the calculus curriculum. One of the projects it funded involved the formation of the Calculus Consortium Based at Harvard (CCH), a consortium of eight diverse schools (including a high school and a community college), with Harvard University as the base. Its mission was to completely redesign the calculus curriculum. The result is a book [Hughes-Hallett, Deborah, et al. Calculus. John Wiley and Sons, Inc. 1994.] and an approach to calculus that are very different in spirit from the traditional ones that had become standard since the 1960's. The approach places heavy emphasis on graphical analysis, numerical estimation and the concepts underlying calculus, with less time spent on algebraic manipulations, formalisms, and rote calculations. Use of technology is incorporated into the course, but it is not tied to a particular technology. The CCH text and approach have been used at over 500 institutions in the last four years and have been judged by teachers and students alike to be a success and an exciting and refreshing experience.

The University of Arizona is one of the original consortium members. Informational Seminars about Reform Calculus were held at various universities that introduced the calculus curriculum to teachers, administrators, parents, and other interested parties at the college and secondary education levels. As college and university personnel and secondary personnel had different concerns on the implementation of the reform calculus separate sessions were held for each level.

As an increasing number of schools adopted the CCH textbook, some of the difficulties that instructors had teaching from the new calculus material was brought to the authors' attention. The authors were interested in helping the instructors overcome these difficulties and they wanted to make sure the reform calculus was taught in a manner that would take advantage of its content. Thus, the University of Arizona Workshops on Teaching Reform Calculus were developed.

The three-day Workshops on Teaching Reform Calculus are hands-on workshops for individuals who will be using the CCH textbook in their calculus classes (in the coming academic year). Approximately twenty workshops are given each year and are held at national meetings, at the University of Arizona, and on other university campuses. Workshop topics include: discussion of the philosophy of reform calculus, summaries of the topics and concepts of the course, problem solving (this forms the basis of the course and of the workshop), lesson preparation, use of technology, classroom dynamics, homework and tests, and any other issues of concern to participants. 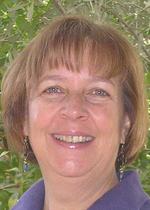