Carnaval Matemático took place in the summers of 1992 and 1993. There were four sessions each summer, each a week long, with about 32 participants per session. The first summer, the sessions took place at the Tucson Children's Museum. The following summer, they took place at the Tucson Public Library. Carnaval Matemático was a program for ethnic minority middle school students that has as primary goal to engage the participants in hands-on mathematics activities in geometry, probability, logic, measurement, statistics, computers, and problem solving. The program emphasized group work and areas of mathematics that are often neglected in the regular school year.

This program was directed by Marta Civil, David Gay, and David Lovelock, from the Mathematics Department at The University of Arizona. The carnivals were in cooperation with Tucson Unified School District (TUSD) and Sunnyside School District. Funds for this program were provided by a grant under the Eisenhower Mathematics and Science Education Act (administered by the Arizona Board of Regents in cooperation with the Arizona Minority Education Access and Achievement Cooperative). 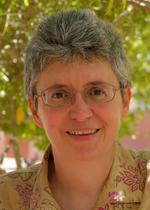