The Coalition to Increase Minority Degrees (The CIMD) is an alliance of over 75 institutions of higher education, corporations, government laboratories, educational organizations, and foundations throughout Arizona, New Mexico and Western Texas, Colorado, and Utah. The CIMD has received a $5 million five year cooperative agreement from the National Science Foundation (NSF) to increase the number of underrepresented minority students who receive baccalaureate and doctorate degrees in mathematics, the sciences, and engineering. A significant amount of the NSF funding will be distributed to faculty members, other appropriate professionals, and their students to lead and participate in:

All faculty members at The CIMD institutions in fields under NSF's jurisdiction or other appropriate scientists, administrators or research staff at The CIMD institutions or organizations are eligible to apply for funding of a project satisfying the goals of The CIMD. Funding may be sought to start a new project, or to expand an existing one. There is no limit, per se, on how many applications any one institution or individual can submit during a semester.

CIMD has provided Dr. Velez with the funds to be able to hire student help to aid him in his efforts to bring in more minority students to the study of mathematics based careers. He began his program of advising around 1987. He contacted all of the minority students who were enrolled in first semester calculus. There were fewer than twenty such students at the time. Since there were so few students, Dr. Velez was able to interact with them on a weekly basis. Over the years the number of minority students has increased and it has become impossible to spend a weekly hour with each student advisee. With the number of minority students enrolled in the three semester course in calculus numbering about 200 students, Dr. Velez has had to change his tactics.

The contact Dr. Velez has with the students he advises has now become very focused. He attempts to contact minority students early in the semester, preferably before the semester begins. He uses CIMD funds to hire a student to do the phone contacts for him. After appointments have been made, Dr. Velez spends approximately 15 minutes with each student advisee. During this short period of time, he goes over the student's schedule, asks about their career plans, talks to them about the importance of calculus, and encourages them to join minority student scientific organizations. If the student has not declared a major yet, Dr.Velez suggests that she/he become a mathematics major. This is done for several reasons. Students without an advisor can get lost. Because records of mathematics majors are forwarded to the academic advisors, Dr. Velez as the students' advisor will make every effort to open up career opportunities for them. Part of this process is having the students explore their interests. Although many of these undecided students change their major after a semester or two, at least they have taken more mathematics than the average student.

CIMD has provided Dr. Lomen with funds so that he may conduct Faculty- Directed Individual and Group Research Projects. He has worked with fourteen minority undergraduate students on various research projects ranging from developing laboratory experiments to enhance calculus courses to creating a mathematical model concerning blood and oxygen transport in the circulation system.

Dr. Lomen's goal when supervising CIMD Faculty-Directed Individual and Group Research Projects is to join with the students in the excitement and satisfaction that comes from making new discoveries. He believes that the crucial thing in directing student research projects is to find a research topic of interest to the student, and then provide the proper mix of additional mathematical background, guidance, and encouragement so each student is able to progress on his or her own. It is as a student discovers new insights or mathematical properties that they obtain some insight into graduate school. If a creative student gets a taste of the thrill and satisfaction of discovery, there is a better chance of that student taking his or her mathematical education beyond a bachelor's degree.

One such research project involved working with three students on developing explanations for several experiments using the IBM Personal Science Laboratory. These students conducted their own experiments (involving motion, temperature, light intensity, and pH), collected data using the IBM Personal Science Laboratory equipment, and analyzed their data using the University of Arizona Department of Mathematics "electronic classroom." By the end of the semester, the students developed (for each specific experiment) a "Fact Sheet" containing: what mathematical idea is illustrated by the experiment, at what point in the syllabus the experiment is appropriate, what equipment is needed to perform the experiment, a step by step list of how to perform the experiment, a handout containing specific mathematical questions for students to answer concerning this experiment. These "Fact Sheets" were later distributed to other faculty members interested in integrating technology into the classroom.

Dr. Lomen has served as an advisor and a mentor to the students he works with. Having students work on mathematical research projects under the direction of a faculty member is an enormous help in encouraging them to continue their education in graduate school. In accordance with the CIMD's philosophy, Dr.Lomen made arrangements for the students to meet with the University of Arizona Department of Mathematics Graduate Committee Chairman so that they could learn and ask questions about what graduate school in mathematics entails, how to fill out applications, what information to include in a personal statement, and when to apply. 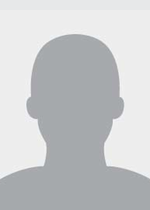 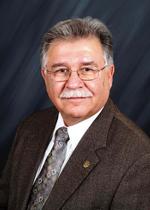